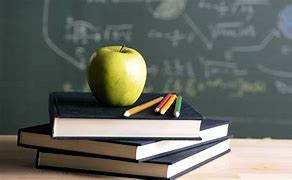 Osborne Cleveland Howse was born April 17, 1939 to the union of Jessie House and Leila Bradfield House of Money, Mississippi.

Osborne gave his life to Christ at an early age at Friendship Baptist Church.

Osborne was educated in the Mississippi school district where he was a good student, played and starred on the basketball team in the center and forward positions. He played so well that he received a Basketball Scholarship. He began a strong work ethic while in high school by working during each summer.  After graduating from Broad Street High school in 1960, he moved to Beaumont, TX and later moved to Kingsford Heights, Indiana where he began his career with Nipsco Energy. Osborne later transferred with Nispco to Michigan City, Indiana. He worked his way up the ladder at Nipsco Energy while taking night classes at Purdue University to further his education and career. This assisted him in obtaining a position as a Control Room Operator where later retired.

Osborne was well known and loved in the Michigan City area. During his retirement, he would start each morning by meeting his friend at McDonalds for coffee then planning his evening menu. He was a natural comedian and always had a snappy comment or comeback for you, but also didn’t mind giving you a piece of his mind. He didn’t meet many strangers and was a very generous man.

He was best known for his excellent cooking skills. Among his many talents, he could build or repair almost anything in a home. He was very active and loved doing his own yard work.

The dedicated brother, uncle and friend transitioned from this life on April 27, 2021. He was preceded in death by his father, Jessie House, his mother, Leila Bradfield House and sister Barbara Jean Davenport

To send flowers to the family or plant a tree in memory of Osborne Cleveland Howse, please visit our floral store.