Share a memory
Obituary & Services
Tribute Wall
Donations
Read more about the life story of Lance and share your memories in the Tribute Book.

Lance accepted Christ at an early age. He was a member of New Life of Christ Bible Church in Maywood, Illinois.

Lance was known by many different names; Munch, Danielson, 50/50, Nephew, Twin, Big Bro, and Big Pun just to name a few. He was the life of any party, although he couldn't dance, he would joke and make you laugh. He was a handsome devilnare and captured many women with his smile and charm. He was indeed a ladies' man. He also was very protective over all the women in his family, and he enjoyed spending time with his family. The outdoors was his element from fishing, hiking, swimming, canoeing, cooking, barbeque and drinking. Lance had many jobs from being a chef, landscaping, custodian, customer service rep, stock clerk, and a youth mentor.  To know Lance was to love him. He expressed his love through his phone rather it was calls, video chats, social media, down to text and taking pictures. I bet a dollar you were in his phone.

Lance’s genuine smile, love, laughter, and presence will be missed by all that knew him.

A Celebration of life will be Thursday, November 10, 2022 at 11am at Greater Rock Missionary Baptist Church 718 S. Independence Blvd. Chicago, Illinois 60624. Viewing will be from 10am until time of service. Burial to follow at Parkholm Cemetery 2501 N. Lagrange Park, in Lagrange, Illinois 60526.

To send flowers to the family or plant a tree in memory of Lance Daniel Brown Jr., please visit our floral store. 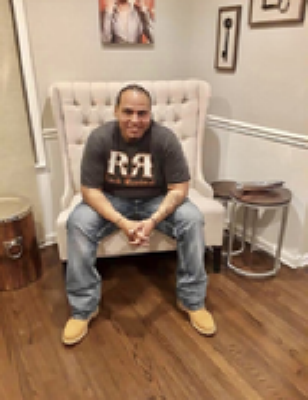 In Loving Memory Of

Look inside to read what others have shared


Family and friends are coming together online to create a special keepsake. Every memory left on the online obituary will be automatically included in the book.

You can still show your support by sending flowers directly to the family, or by planting a memorial tree in the memory of Lance Daniel Brown Jr.
© 2022 Coleman & Hicks Funeral Home and Crematory. All Rights Reserved. Funeral Home website by CFS & TA | Terms of Use | Privacy Policy | Accessibility