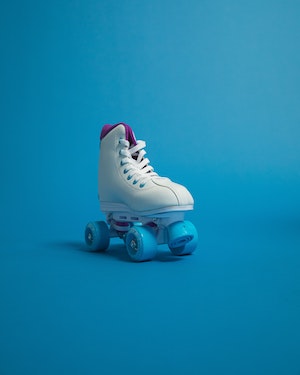 Angela attended Dowagiac Senior High School where she graduated with honors in 1982. Angela affectionately known as “Aunnie” by her nieces. She also served in the United States Armed forces, enlisting in the United States Army based out of Fort Hood Texas where she served faithfully and was honorably discharge in 1991. On March 30, 2002 she married her loving husband James Robert Phillips in Michigan City.

Angela was employed by Eaton Corporation as a Quality Service Specialist where she worked for over 20 years until the time of her passing.

After serving in the Army Angela turned her combat boots into skates, literally! She loved skating. Wherever she travelled, she would always find the local skating rink. She was an avid rider, she loved travelling especially on her Suzuki motorcycle. The Baker girls, Cheryl and Angela were a team; determined to raise their children and ensure they would get a good education.

A Celebration of Life will take place on December 18th, 2021 at 12:00pm EST and Visitation will be from 11:00am EST at Progressive Missionary Baptist Church, 1232 E. Bronson St.  South Bend, Indiana. Pastor Barry Spencer will do the Eulogy.

She will be greatly missed by all the knew and loved her!

Masks and social distancing are mandatory.

To send flowers to the family or plant a tree in memory of Angela Denise (Baker) Phillips, please visit our floral store.