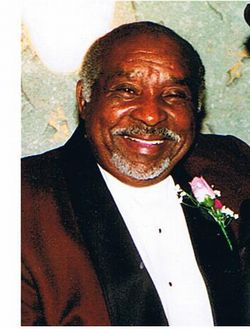 Leon Coleman, Jr. was born on August 30, 1928 in Gary, Indiana to the late Leon Coleman, Sr. and Thelma Fitzgerald who came from Dover and Watonga Oklahoma.

Leon graduated from Roosevelt High School in 1947. After graduating, he and his father started an interior and exterior painting contractor business. Mr. Coleman, Sr. married Ella Powell, who was the owner of Powell Funeral Home on 19th and Washington in Gary, Indiana in 1948. After working with his father in the funeral business, Leon attended Worsham College of Mortuary Science to receive his funeral director's degree in 1950.

Not knowing what the future would hold, he continued to walk by faith and trust in the Lord. In 1958, the Coleman-Williams Funeral Home was born. He partnered with Richard Williams. Years later, the Bluitt and Williams Funeral Home in Indianapolis, Indiana was born. Leon was also a co-founder of the first casket store in Indianapolis, along with Nathan Bluitt and Joyce Hise, they named it Direct Casket Sales. An inner strength and strong determination helped him deal with opposing forces that challenged him throughout the years.

As a dedicated and charismatic leader, Leon became involved with various organizations and committed a service of excellence. He was the Republican Chairman of the Fair Share Organization; Thirty Second Degree Mason; member of N.A.A.C.P.; member of Elks Lodge; member of Chamber of Commerce; board member of P.A.C.T.; board member of H.O.P.E. Program; and member of New Hope M.B.C., just to name a few.In addition, he supported his community and different organizations, not only monetarily but also with his time, wisdom, experience and knowledge.

During his journey in life, Leon had a personal goal that God allowed him to reach. He has traveled and was known internationally. In traveling, he sought the answer to universal capitalism. While in Sierra Leone, Africa he found the Osu-Su. This concept reaffirmed his philosophy from age four. Throughout his life he sought financial freedom, seeking a way to free himself and others. The Osu-su is his answer.

This journey we call life has not always been easy. Leon Coleman had to face challenges head-on and, with faith in God, he made it! Through his wisdom and generosity, he has left an everlasting impression on the lives of many.

In 1991, Mr. Coleman welcomed Belicia P. Hicks to Coleman-Williams Funeral Home. For the next six years he mentored and prepared her to assume the responsibility of his legacy. Today his lifetime of hard work and dedication to the community lives on through Coleman & Hicks Funeral Home.

Leon Coleman was a very influential and positive role model in the community. His main objective was helping and mentoring others. Over the years, Leon trained and apprenticed many other funeral directors. His goal was always to teach others to become capitalists and own their own business. His teachings were put into action by many that he inspired and trained. Mr. Coleman was very proud and found joy in standing back watching himself through them.

He was a very global and progressive thinker. Sometimes he may have thought just a little too much. At times he couldn't sleep because of all the brilliant ideas that God had bestowed upon him. Leon will always be remembered and loved. He has made a powerful impact on so many lives across the world.

On October 29, 2005 at St. Anthony Memorial Hospital in Michigan City, Indiana, God called Leon Coleman, Jr. to take his rest. His legacy lives on within his family, friends and those he mentored.We loved him but God loved him best.

Rest on Mr. C, may your works of labor reward you richly.
Earth’s ties will then be served as Heaven I enter in.

The caring and experienced professionals at Coleman & Hicks are here to support you through this difficult time.  We offer a range of personalized services to suit your family’s wishes and requirements.  You can count on us to help you plan a personal, lasting tribute to your loved one.  And we’ll carefully guide you through the many decisions that must be made during this challenging time.

You are welcome to call us at any time of the day, any day of the week, for immediate assistance.  Or, visit our funeral home in person at your convenience.  We also provide a wealth of information here on our web site so you can learn more from the privacy of your own home.

A year of daily grief support

Our support in your time of need does not end after the funeral services.  Enter your email below to receive a grief support message from us each day for a year.  You can unsubscribe at any time.